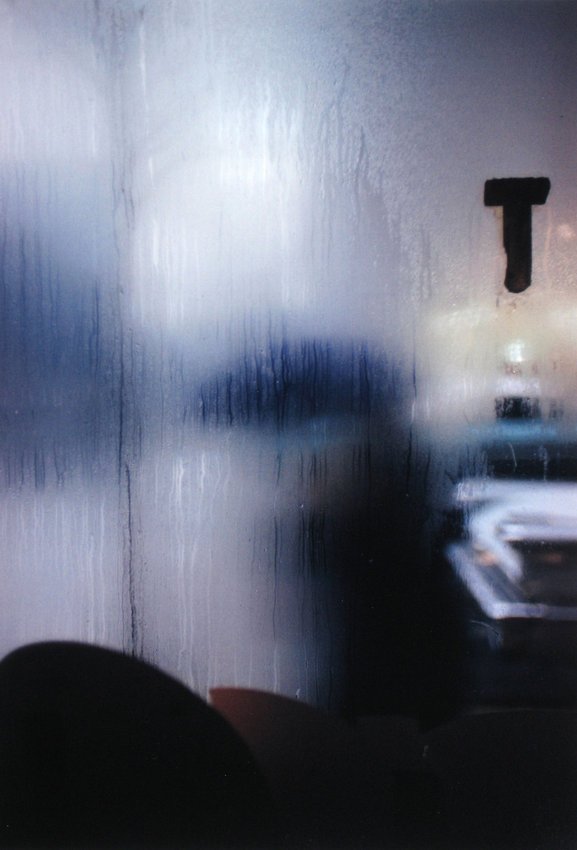 Or is it just a reflection of self?   Interesting work done by Saul Leiter (above) and Ernst Haas (below) around ideas of screens, reflections, and distance. 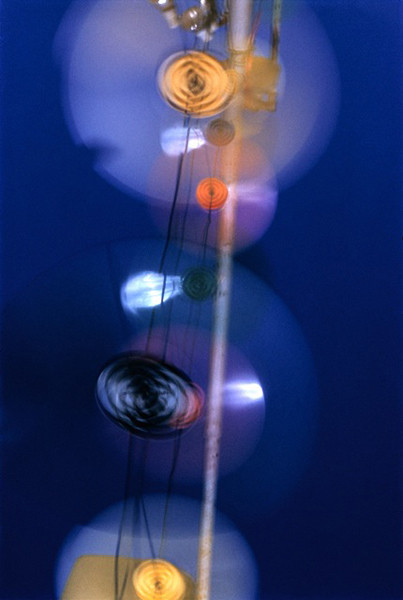 Particularly like the ones taken in New York in the rain, with backgrounds often out of focus but with very clear shape and form.

Felipe Luchi used photography to get across a clear message in series for Outside Go Magazine.   He created jails from a mouse and an iphone to illustrate our tendancy to be prisoner’s of technology.

This picture, taken by John Stanmeyer won first prize in the contemporary issues section of the world press photo of the year 2014.

“African migrants on the shore of Djibouti city at night, raising their phones in an attempt to capture an inexpensive signal from neighboring Somalia—a tenuous link to relatives abroad. Djibouti is a common stop-off point for migrants in transit from such countries as Somalia, Ethiopia and Eritrea, seeking a better life in Europe and the Middle East.”   John Stanmeyer (2014) Mate Bartha describes his series called “mutations” as order inside the chaos of a city.   I like the emerging patterns that show people moving through spaces that are sometimes busy sometimes empty.   The careful juxtaposition of the individual images then forms an overall pattern. Mark Pick has taken a series of images showing explicitly how technology disconnects us from where we are.   His explanation is given below:

The rapid increase of development in technology in the twenty first century has provided a large percentage of the world with access to technology that was unheard of only a few years ago. Mobile devices, from laptops to cellular phones, may have a plethora of benefits for the users, but they also have the major negative effect of removing people from their immediate environment.

Actively using a mobile device encapsulates the user, creating a personal, secluded reality based solely on what is happening on the screen in front of them, transfixed to an alternate reality. This form of escapism allows the user to exist within this other domain, separated and detached from the physical, real world around them.

Disconnected is a visual reference to this changing world regarding the influx of advancements in the development of mobile technologies and their dissemination. The aim of this series is to explore the way technology may absorb individuals into a virtual world, disconnecting them from the actual social environment that surrounds them. By doing so, it entices the viewers to identify with the figures depicted in each of the images, and self-reflect upon their own forms of engagement with current technology.

A series of photographs taken by David Knight over an 18 month period try to capture aspects of being disconnected such as through travel, mental illness or electronic communications.   On the topic of electronic communications he says, “we are connected to more people than before, through telephones, mobiles, emails, and social networking sites, but is all this at the expense of real, meaningful contact and interaction? Is this life by proxy?”

Kseniya Berson says, “Electronics have become a component of our everyday rituals. These devices fill a human void and seduce us to “connect” when we are feeling disconnected. People are fooled into believing that they have become more connected to one another with the use of these gadgets, but in reality, these are the things that are separating us.”  Her work takes a literal focus, showing a monitor instead of a face in each one of 10 images of people in everyday locations such as stations or kitchens. Enze Foo uses the light of mobile phones, tablets or laptops to show isolated individuals all in dimly lit environments that create a sense of remoteness.   Yet all these pictures show people connected to somewhere beyond the boundary of physical space.

A series based on a man in a car being disconnected from his environment.   Appears to capture the remoteness of the car.   Some shots use blur to suggest movement and a sense of just passing by.