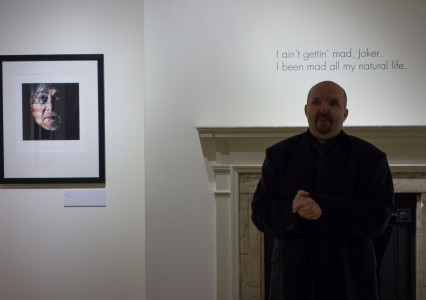 I was previleged to attend a private viewing of over a hundred photographs taken by Andy Gotts of BAFTA award winners.   The stories behind the images were riviting.   Among my favourites is the one above of Tony Curtis.  Andy told us he wanted to create an iconic picture.   This one was taken shortly before Tony Curtis died.

The quote, above Andy’s head is from the film The Defiant Ones (1958) starring Tony Curtis and Sidney Poitier. 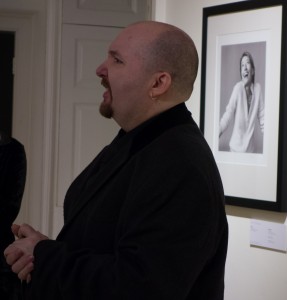 My personal favourite is the one of Emma Thompson, shown above.  She had just won an award and the joy just jumps out of the picture, it captures the moment.

A further one that I found striking was George Clooney and I asked Andy how he had produced the edges to the picture.   He told me it was taken with a Polaroid and then digitally scanned.   Throughout it was clear that Andy was able to relate to each one of these “stars” as people, he saw and captured the person behind the mask.