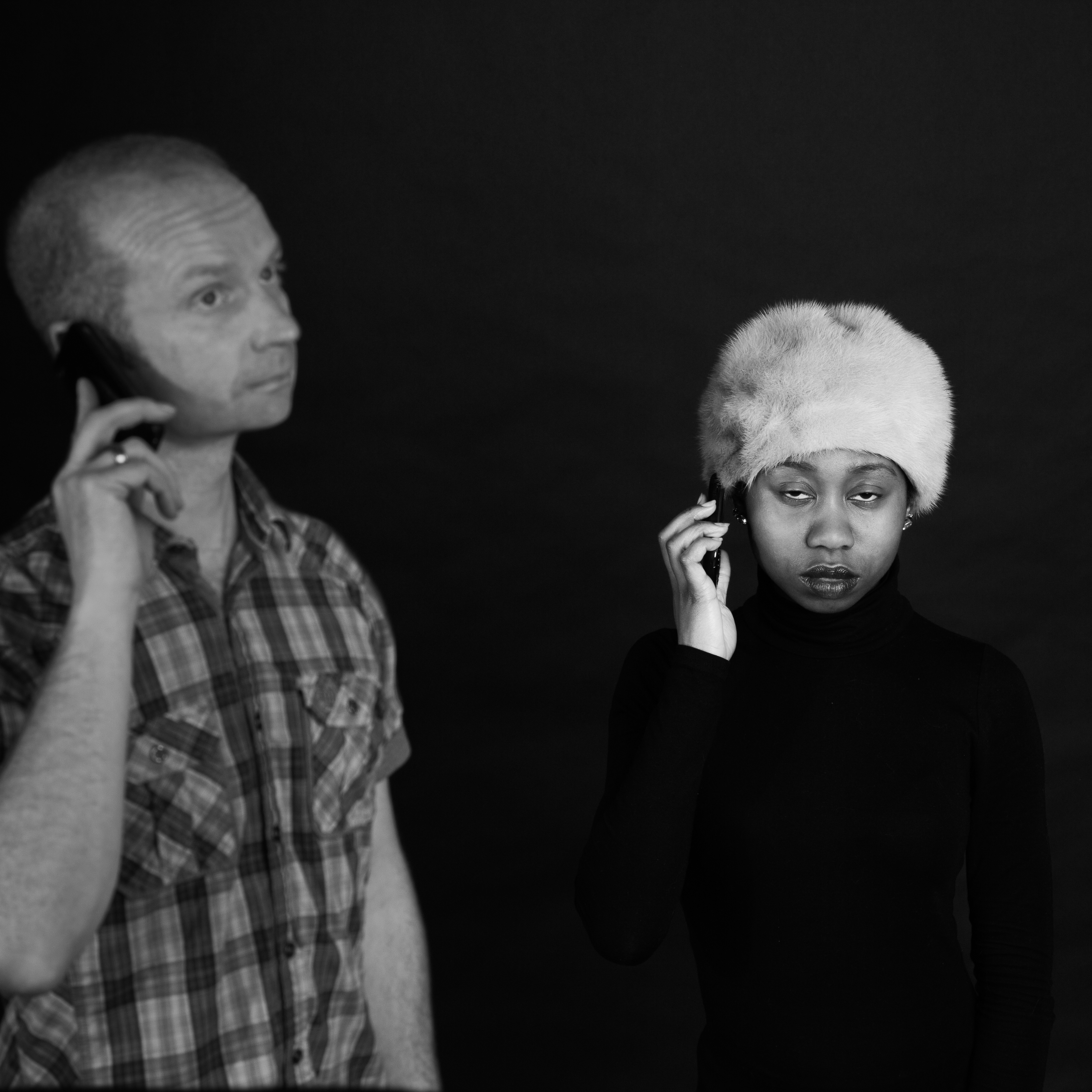 This series of images was inspired by observations of people using mobile phones in the street.   Connected to the people they are interacting with on the phone yet at the same time disconnected to the physical world and people around them.   It struck me that the movements of people were rather like the drama enacted in the theatre.

Such real dramas are short, perhaps only a few minutes long.   I re-created the drama of the theatre using the perspective of an audience in the dress circle.   Capturing these moments of time in a series of still photograph aims to engage the viewer in reflecting on how using a mobile phone encourages us to disconnect from those around us.