Stories can be told with pictures and photophilanthropy has been established to connect photographers with non profit organisations to tell stories that can lead to social change.  I am reminded of the work of Susan Scott (2002) who said you can change the world one conversation at a time (1c@t)

Perhaps the challenge is also to change the world one image at a time (1p@t).

This is the claim made by Michael Kimmelman in the New York Times of 14 September 2001.   He was reviewing the work “Heads” of photographer Philip-Lorca diCorcia.   His work makes a contribution to the Street Photography genre by capturing images in a new way.

“For the new photographs a strobe was affixed to scaffolding in Times Square; Mr. diCorcia stood farther away than before, using a longer lens. The result: crisp and stark portraits picked out of murky blackness — just heads, no longer cityscapes, the surroundings now blocked by the scaffolding. They are simpler images and more intimate, the paradox of standing farther away being enhanced intimacy.”   Source: New York Times (2001)

The approach raises some ethical issues because of the intervention made by the light suddenly appearing at random.   However, the results certainly provide some insight into the human condition as we walk (seemingly unobserved) down the street accompanied only by our own thoughts. 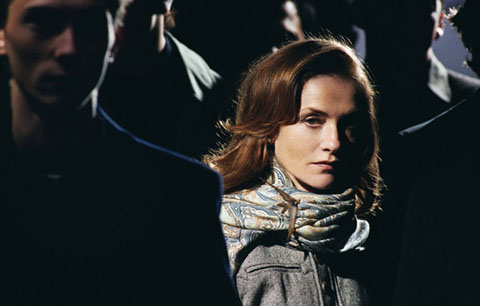 It is not just the fields, roads, and houses in England and Wales that are flooding.   There is a flood in the virtual world that we also inhabit.   That flood is from the massive explosion in data.

This made me think about images of flooding and using them to convey that data is also flooding.    Here is my first image showing debris in the River Leam.   I would like to add a layer to denote data going down the river as an allusion to information overload.   Alternatively I could use the image as a backdrop to some statistics about the data flood.   For example, 294 billion emails are sent each day (The Radicati Group, “Email Statistics Report, 2010-2014,” April 2010.)

Here is an example of performance art where the artist and six computer monitors were submerged in a bathtub.   A strong visual impression is created, raising issues of waste, proliferation, multiple ways of seeing and the spiritual alienation of the age of technology. 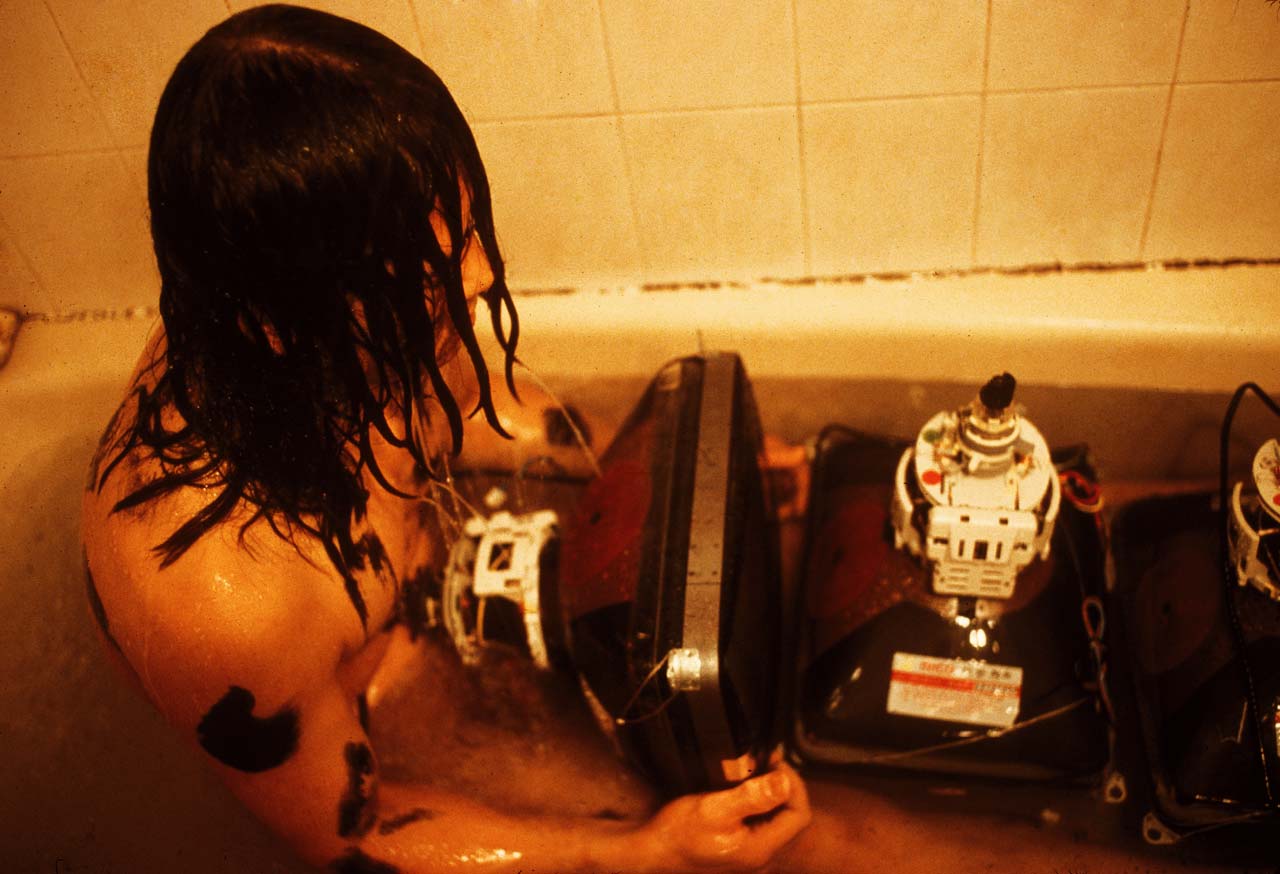 In Coriolanus Shakespeare reminds us that there is “a world elsewhere”.   The forty selected photographs reflect a people facing life in areas of conflict, the challenges of climate change, or something which is largely outside their control.   Some are reminders of the fragility of human life and others show human resiliance and hope.

The pictures taken in Palestine seem to capture alienation really well…or is that just because of the current news from that part of the world colouring my sensibilities?

Looking for image ideas I found the following which has a very strong visual appeal using the metaphor of “torn” or “broken” as a proxy for alienation.

I have been exploring the work of John Stezaker which led me to the work of Mario Zoots where I found the following image:

Whilst Stezaker appears to overlay images or juxtapose them, the technique of Zoots is slightly different.   I like the idea in the image but the boy does appear to be too young to indulge in the offer of wine.

The above image shows technology alienation in the industrial era.   There are many similarities with the information age, most notably being the way in which technology has tied people to mundane tasks and removed their connection to the earth.

“Sherry Turkle thinks social media is one of many things in the modern technological landscape that can isolate us, make us less human, and potentially cause a lot of harm. It’s in her new book, “Alone Together: Why We Expect More From Technology and Less From Each Other.” Turkle doesn’t come by this observation lightly, either.

The book is some 15 years in the making and is the result of massive amounts of research into how people use technology in (and sometimes instead of) interpersonal relationships. “Alone Together” is actually considered the third in a trilogy of books Turkle has written on the connection between people and the machines they build. She’s the founder and director of the MIT Initiative on Technology and Self.”

An interesting image which uses “reflection” as a device to communicate.   The book cover, shown below uses blur as a proxy for speed and lack of real connection.

Turkle, S. (2011) Alone Together: Why We Expect More From Technology and Less From Each Other, Basic Books: New York.

There are many images to be found in Google Images or in Corbis if you search for “technology alienation”.   Some of the more thoughtful images are elsewhere on the Internet.   Here is an interesting one that shows the eyes and ears directly connected by technology to some “other” world: